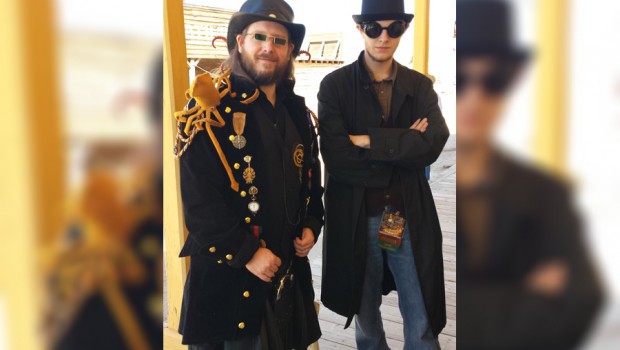 Hal C F Astell is the creator of the “Apocalypse Later” film blog and has authored fascinating books on  cult films topics (see them HERE.) He is a walking encyclopedia of film knowledge and is hugely involved in the Arizona and California pop culture scenes, especially in the areas of filmmaking, Steampunk, and local writers.

Hal also contributes to The Nameless Zine and the WOD newspaper and webzine.  He is a founding member of The Arizona Penny Dreadfuls steampunk group and is one of the “Awesomelys” from Phoenix Comicon’s popular “Awesomely Awful” panels.

Hal is usually the only guy in the room wearing a kilt.