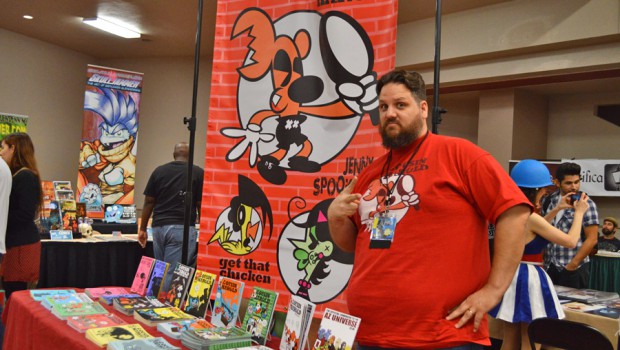 Denny Riccelli (AKA Dennmann) is the creator of the comic strips Cousin Harold, Jenny Spookawski, and Lollygaggin’ Adventures (among others.) He’s also the mastermind behind “The Official Handbook to the AZ Universe,” which showcases many of Arizona’s independent comic book creators. Denny has been authoring and illustrating comics since the mid-1990s and his alter ego is a mild-mannered local math-teacher.*