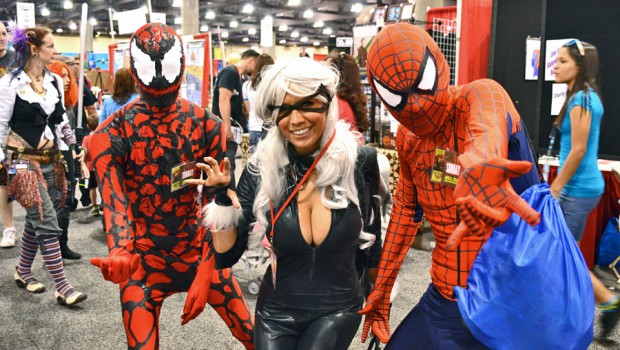 Phoenix Comicon (PHXCC) is one of the biggest and grandest pop culture events in the southwest, and it gets larger every year. The event takes place annually around the end of May (or first part of June) at the Phoenix Convention Center in downtown Phoenix.

We attend the PHXCC every year and have a blast the entire weekend! It’s a fantastic mix of comics, movies, Television, costumes, and local and national pop culture vendors. And did we mention the thousands of exciting photo opportunities? There’s that too!